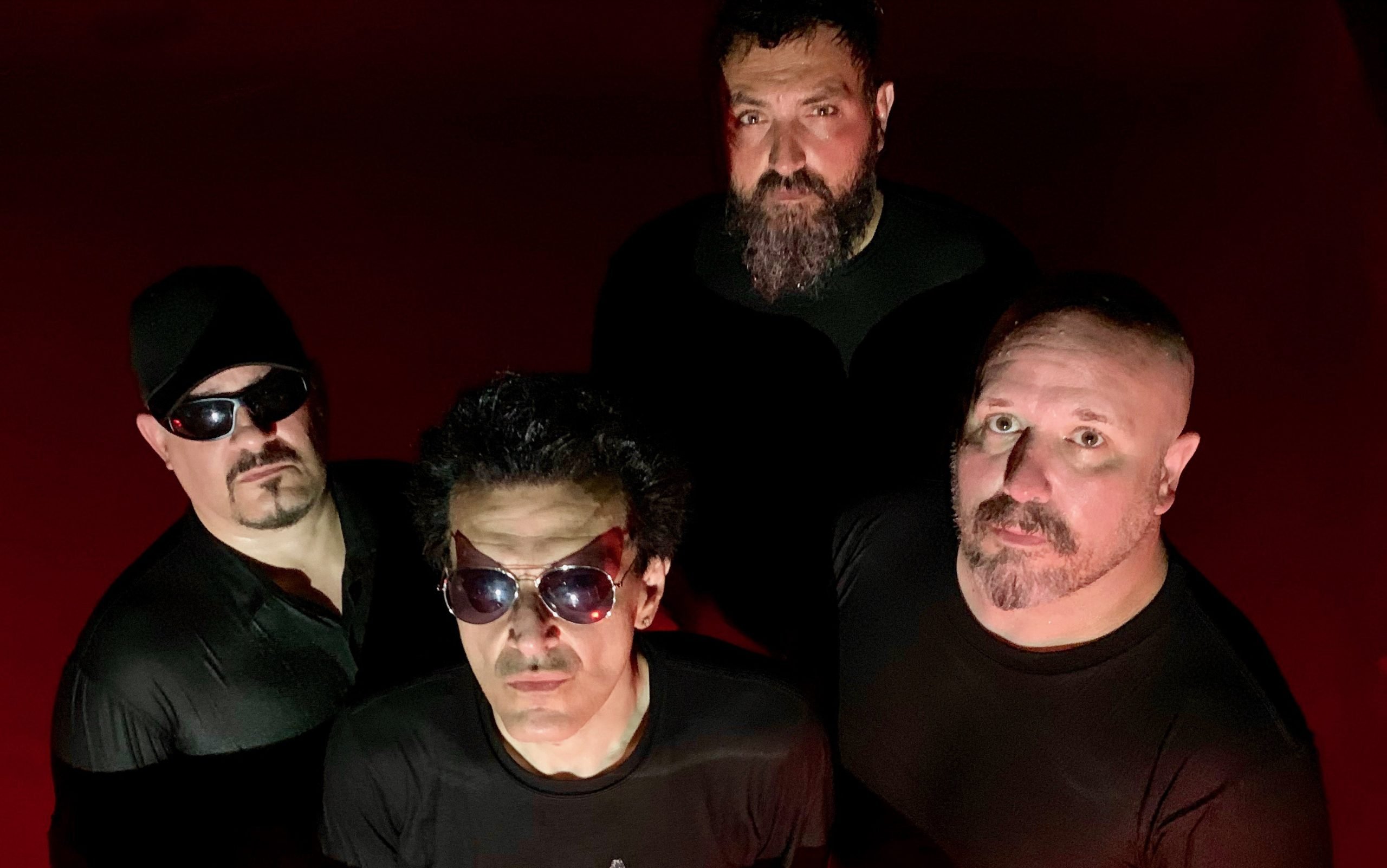 Chicago based Aftermath, fronted by Kyriakos “Charlie” Tsiolis, formed in October 1985 when Charlie and his schoolmate Steve Sacco (Guitar) got together.

This early incarnation with Adam (Bass) and Ray Schmidt (Drums) released their first demo in 1986 featuring ‘Sentenced to Death’, ‘Revenge’, ‘Shotgun’ and ‘The Aftermath’.

In 1987, they unleashed their second demo entitled ‘Killing the Future’ featuring the tracks ‘When Will You Die’, ‘Going No Place’, ‘Chaos’, ‘Meltdown’ and ‘War for Freedom’. The band pursued a mind-blowing speed and technical brand of thrash that soon set them apart from the pack and in the process made them a pioneering crossover thrash band.

In 2017, the band started writing the material for their new album. There is Something Wrong is an 11-song opus recorded by Chuck Macak and mastered by Ted Jensen.  A concept record in the truest sense of the word, the album features a mix of old-school crossover thrash and technical/progressive metal, and is a commentary on what is wrong with the world today.  A calling out of the masses to wake up and know the real enemy.  The music is urgent, and the lyrics challenge the listener to seek the truth.  The lyric video for Smash Reset Control visually depicts some of the topics covered on the album.  The imagery and the striking red color in the video provide the perfect backdrop for the lyrics and music.  Aftermath went back to its early days and revived its crossover thrash stylings on this powerful and ultra-fast song, but this track is only a sample of what the listeners have in store for them once they put on their headphones and listen to There is Something Wrong in its entirety.

The album’s first single, Diethanasia, is a pounding, aggressive, relentlessly energetic song that makes a strong statement both musically and lyrically.  The performance video directed by Davo Paul is as hectic and energized as the song.  In a world of monotonous uniformity, AFTERMATH stands out alone.